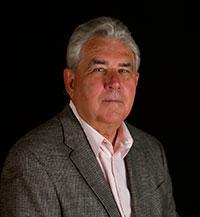 James Ring is a retired FBI Supervisory Special Agent who investigated the American La Cosa Nostra and the Sicilian Mafia in New England. Ring received the Department of Justice’s highest award as the architect of the first and only electronic interception of the La Cosa Nostra/Mafia induction ceremony of new members, including the Omerta oath.

Ring has testified in federal court as an expert witness on La Cosa Nostra and has served as a media commentator on organized crime. He participated in a series by National Public Radio analyzing the current Department of Justice Informant Guidelines. Ring served for one year on the Department of Defense advisory board, mandated by Congress, to review their civilian and military investigative capabilities. The board reviewed the growing military preference of favoring electronic intelligence gathering at the expense of human intelligence.

Ring founded a business information and investigative service within a prestigious Boston law firm. Today he devotes his full time to writing.

During the investigations into New England La Cosa Nostra, Ring married fellow FBI agent Merita Hopkins, Esq. They chose to live in Boston’s North End not far from the street headquarters of the La Cosa Nostra. The success of these investigations, and subsequent prosecutions, helped transform the North End into the outstanding community it is today.

Ring and his wife continue to live in the North End. They walk the neighborhood daily, visit shopkeepers who are also friends, and frequent the diverse shops and interesting cafes within their community.