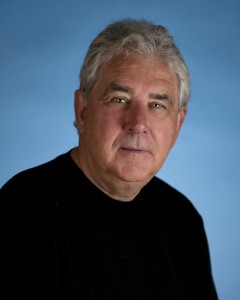 My 10 year old granddaughter Anna, like her siblings, is well read and quite articulate. Her 15 year old brother Liam served as “junior” editor for 784 Broadway. To my surprise, Anna informed me a few days ago she was almost finished reading 784 Broadway.

As usual, Anna didn’t pause for my response but continued her rapid fire speech. “I am writing my own book,” she announced proudly. She named a few classmates with whom she was discussing her story ideas, described her already written prologue, and explained how far she had progressed in having her characters tell their story.

“Would you like to read what I have written?” Before I could complete the word “yes”, Anna was opening the story document on her laptop. Sure enough there was a prologue and a story in progress. I started reading and was quickly impressed. I considered her story concept immediate Disney material. “Would you help me with my writing?” asked Anna.

“Anna, I would love to help you with your book any way I can. Would you be willing to give me your review of 784 Broadway when you are finished? I want to know what you like, didn’t like, or thought could have been done better. Do we have a deal?”

Apparently a formal yes or statement of agreement was not necessary. “I’m emailing you the pages already written. You can read them. We can discuss what you think next time.”

“Ok Anna.” I had my instructions.

A few days later Anna emailed saying she was thinking of introducing another major character into her story. She wanted to know if it was the right time. We had a discussion. It was wonderful to see her exuberance and excitement. She is clearly an artist at work.

784 Broadway is about family members who were willing to invest their time, love, and energy into me and my brothers much as they did for my father and his brother before us. I didn’t think it would take me long to write their story. After all, it was just some family history about people I loved, no complicated plot, just a pleasant idea, a few points to be made, tell a few stories, and then return to writing my sequel to Necessary Assets.

784 Broadway proved at times more complicated in its writing than in its planning stage. It proved difficult for me at times to transfer to paper exactly what was in my heart and mind about these folks.

784 Broadway is now published. I am back to work on the sequel to Necessary Assets. My experience with Liam and Anna helps me understand even more about my Kingston family. The joy I have in seeing these children progress as people under development, works in progress, in which I get a chance to participate, is all the reward I could ever hope for. It explains the smiles I saw upon the faces of the Garbarino and Edelmuth clans. I enjoy that same smile.